Nashley and Trisha held a Hawk Hill engagement shoot in the Marin Headlands, wanting to include the Golden Gate Bridge in their photos and to show off the San Francisco Bay. After suggesting the more common engagement locations in San Francisco, I was surprised when they mentioned Hawk Hill, especially since they too were coming from the City and it is a far lesser known location to most people…including myself a San Francisco native! It had been a few years since I last stumbled upon this area and once I reached the top I questioned why I don’t shoot there more often! I would argue the view here is more impressive than the more popular Battery Spencer, which has perhaps one of the most recognized views depicted online and is also on every postcard around Pier 39.

Being at the summit of Hawk Hill in the Marin Headlands, it is inevitably more windy at this location, and we were definitely competing with the elements during our shoot with high winds, rain, and even rainbows! Needless to say, suffering thought tumultuous weather can sometimes lead to unexpected results…and who doesn’t like a good rainbow or two! It was great reintroducing myself to this gorgeous viewpoint with these two lovebirds. I definitely will add a Hawk Hill engagement shoot to my list of places in the North Bay when Couples want to show off the Golden Gate Bridge and include the San Francisco Bay as well. And bigger thanks to Nashley and Trisha for putting up with the weather and missing the Game of Thrones episode with me! It’s the last season ya’ll!!! 😀 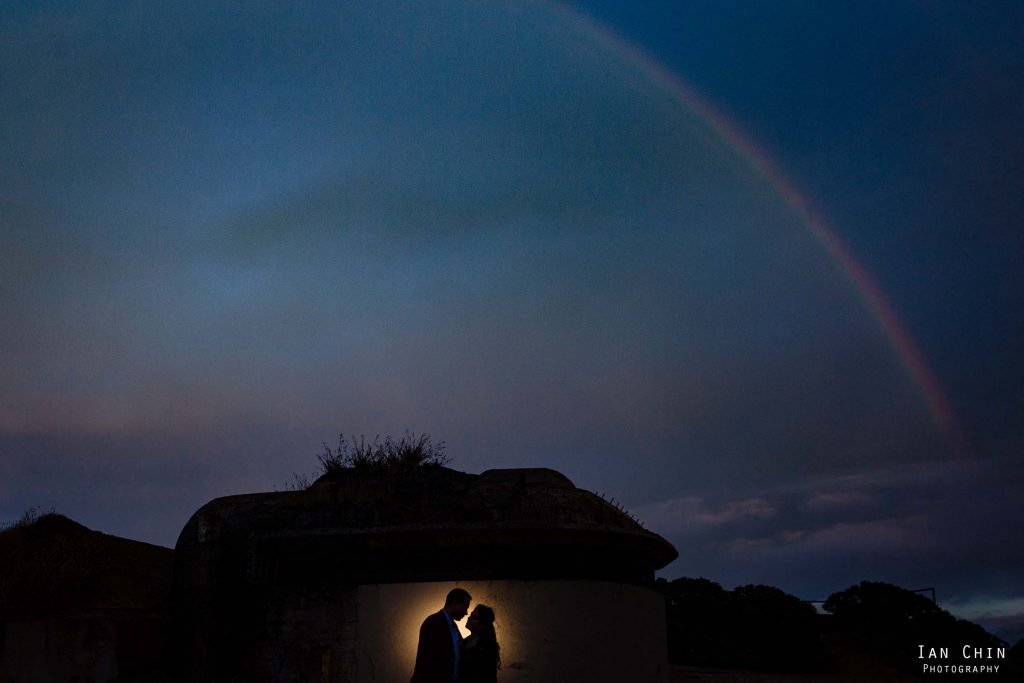 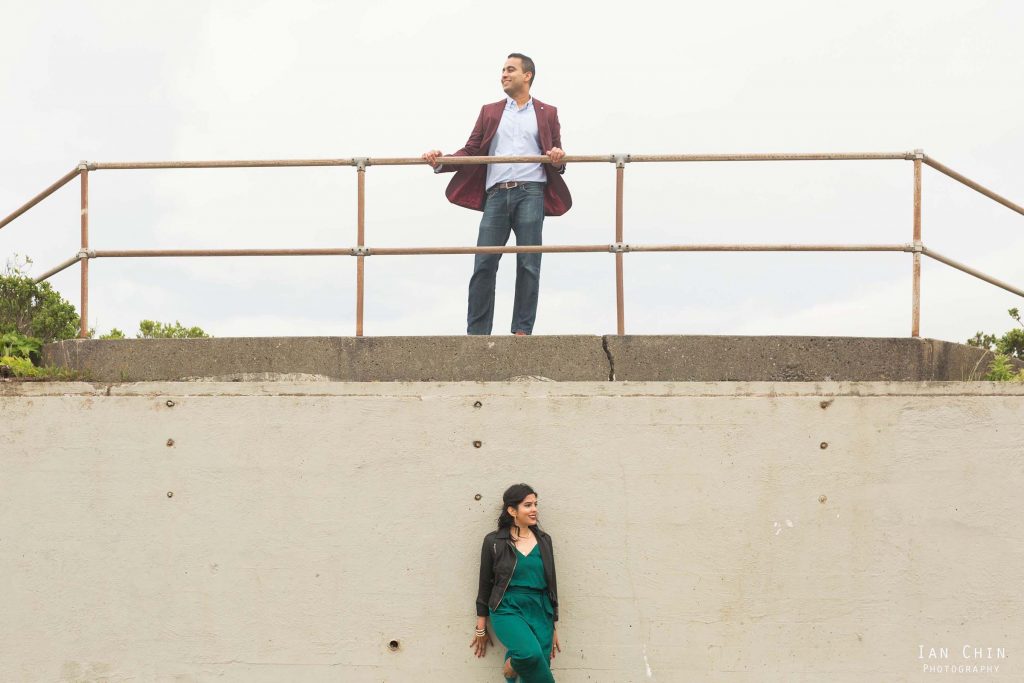 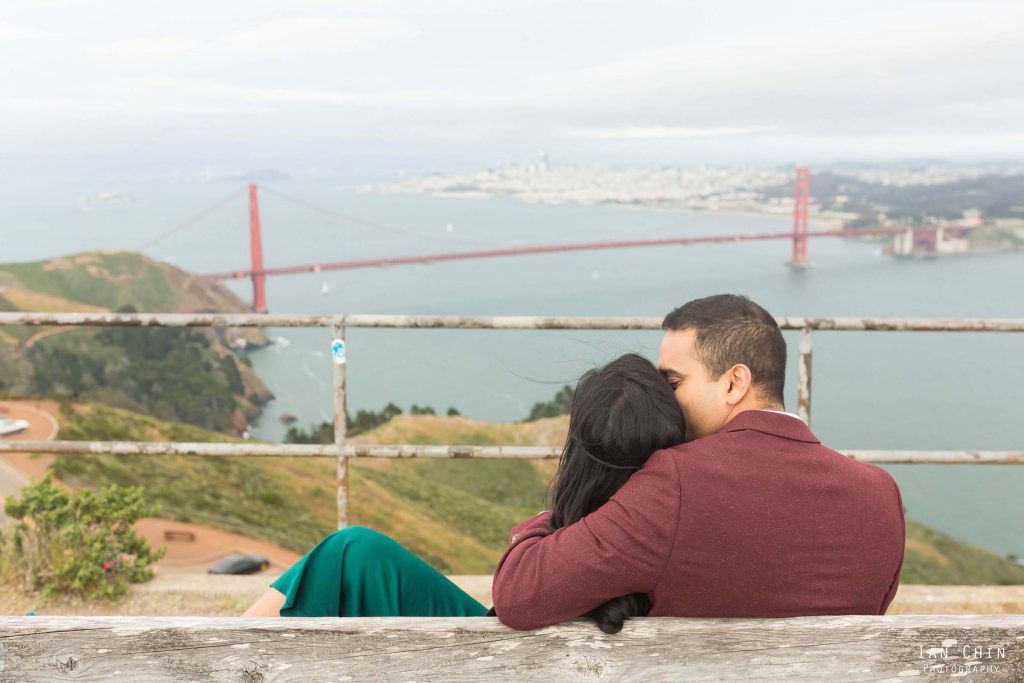 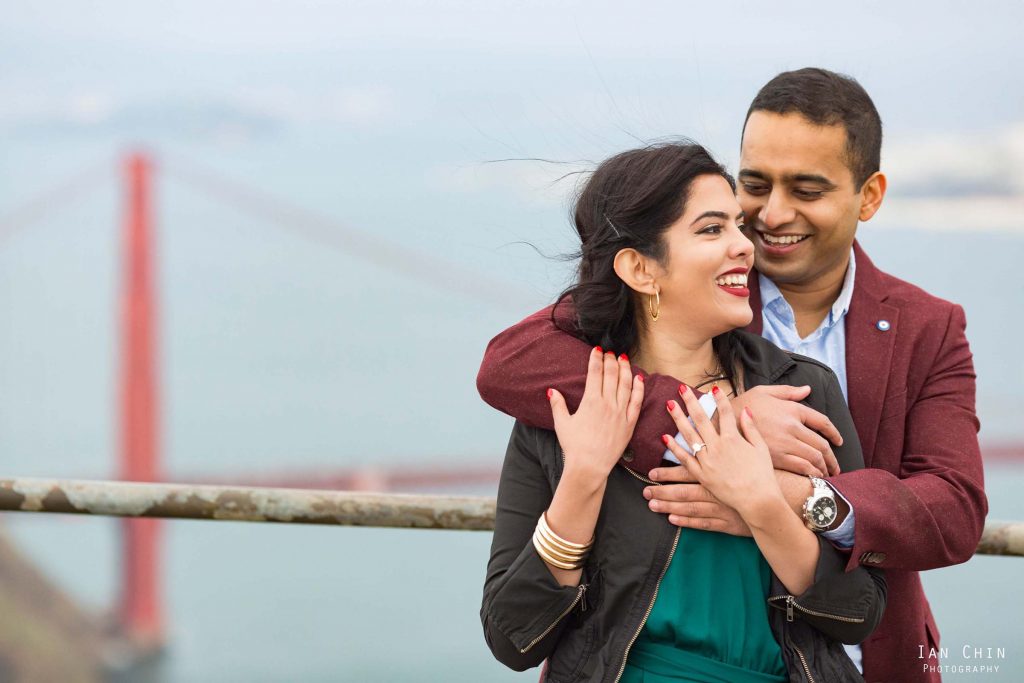 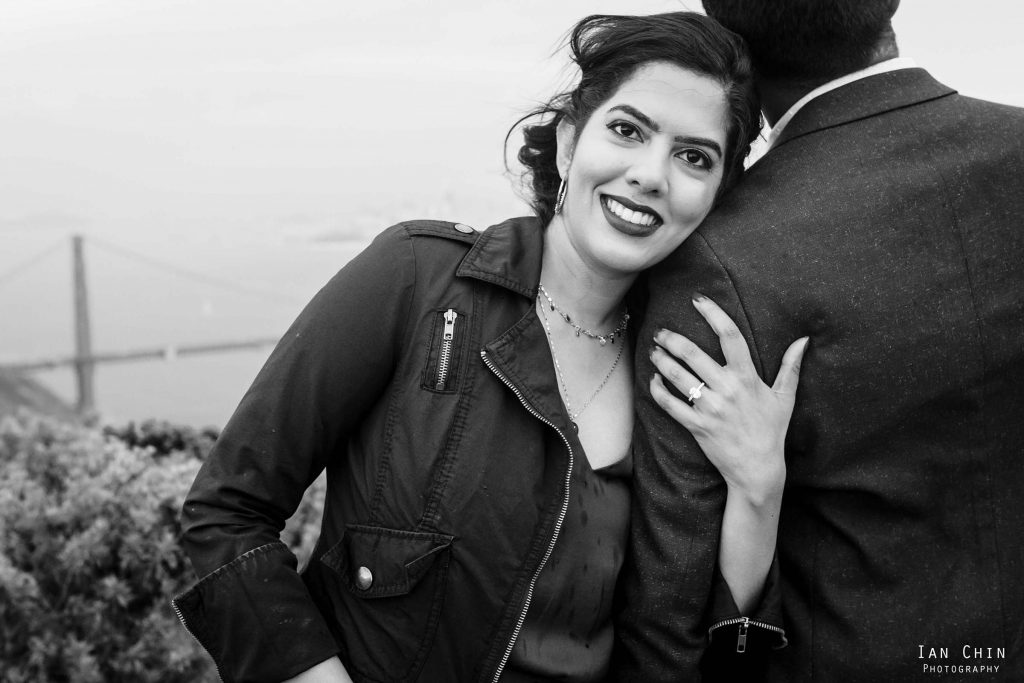 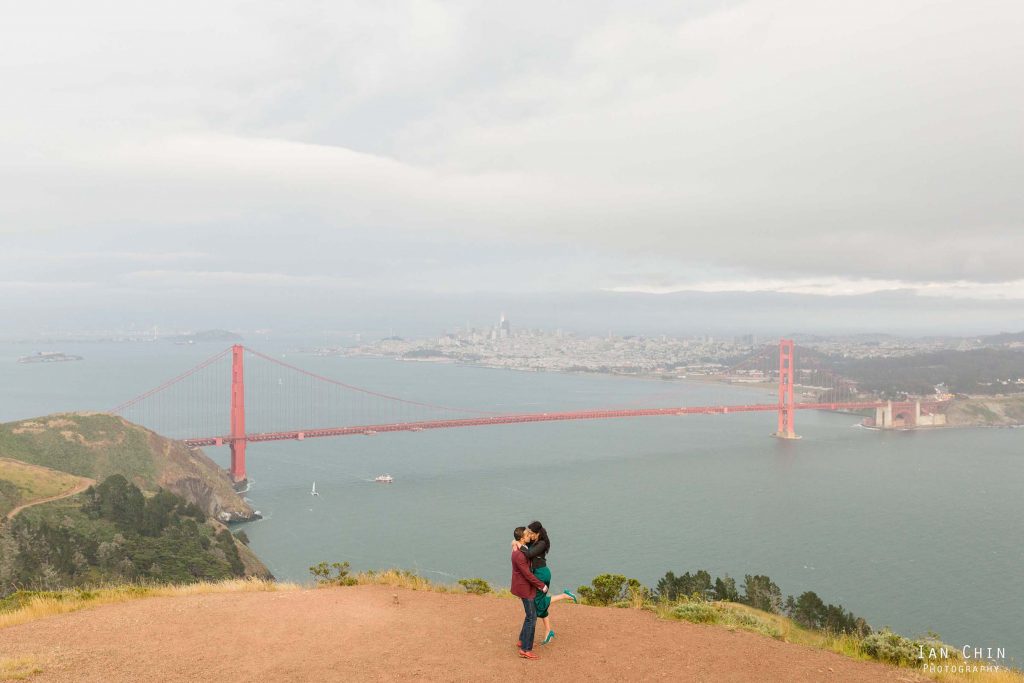 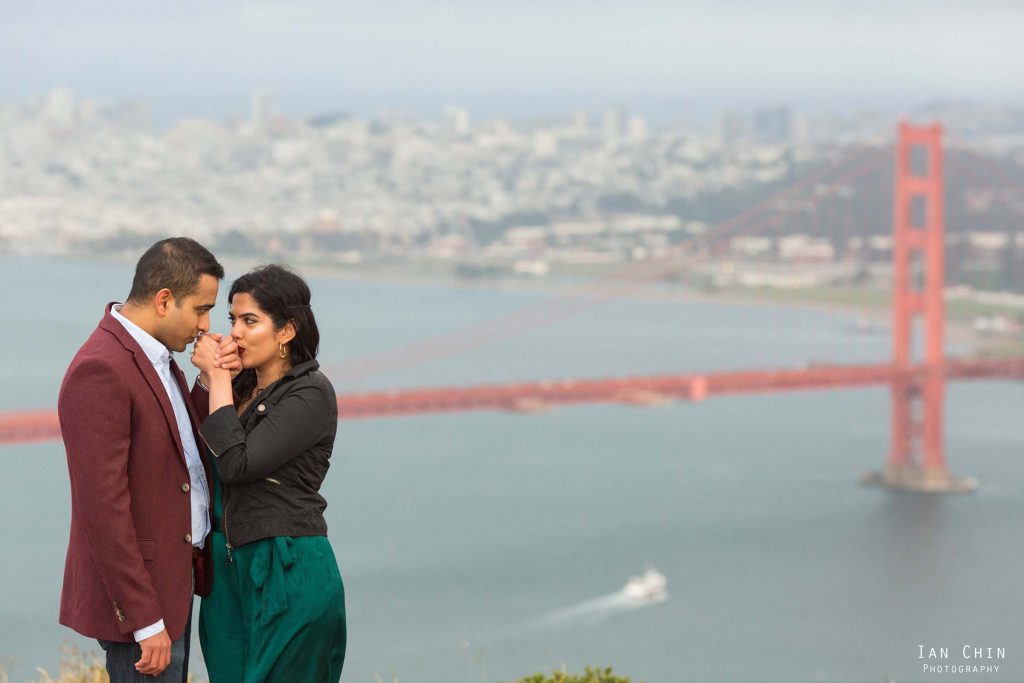 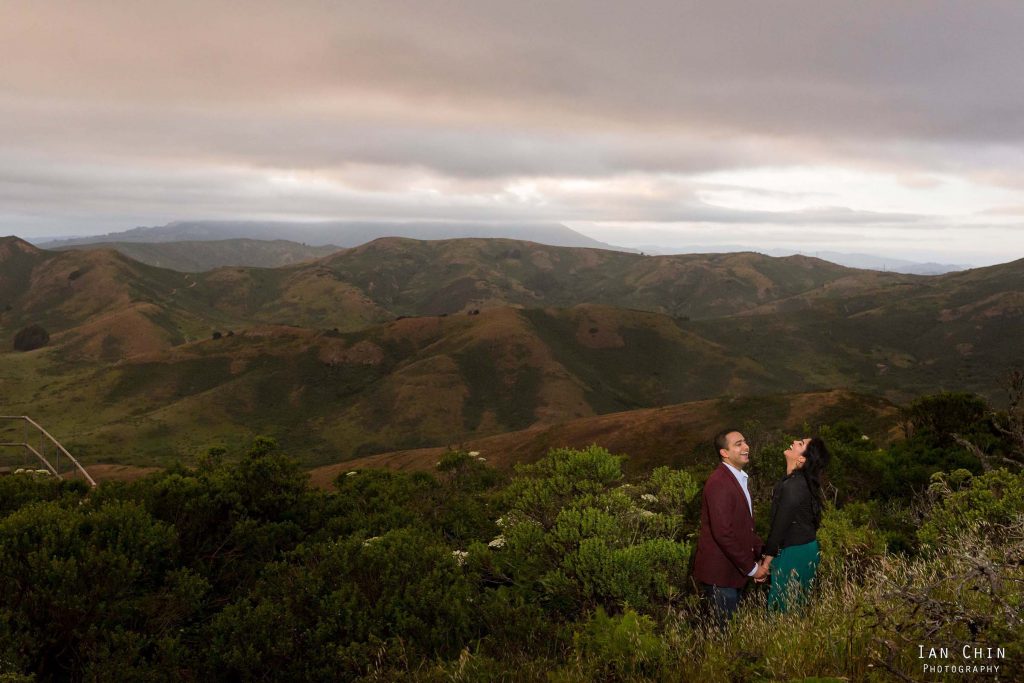 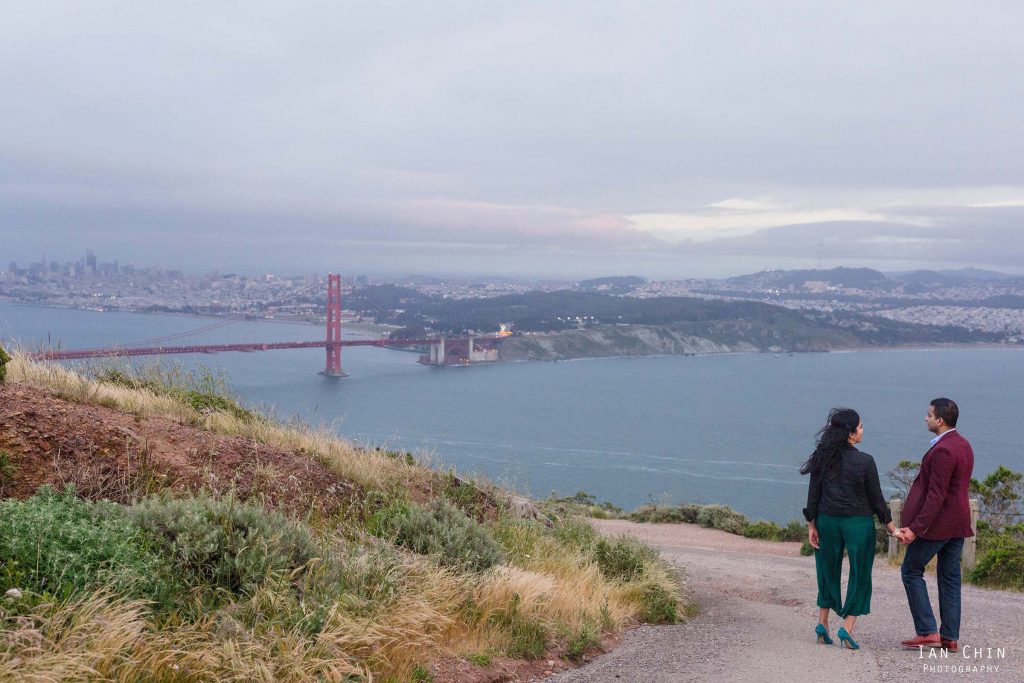 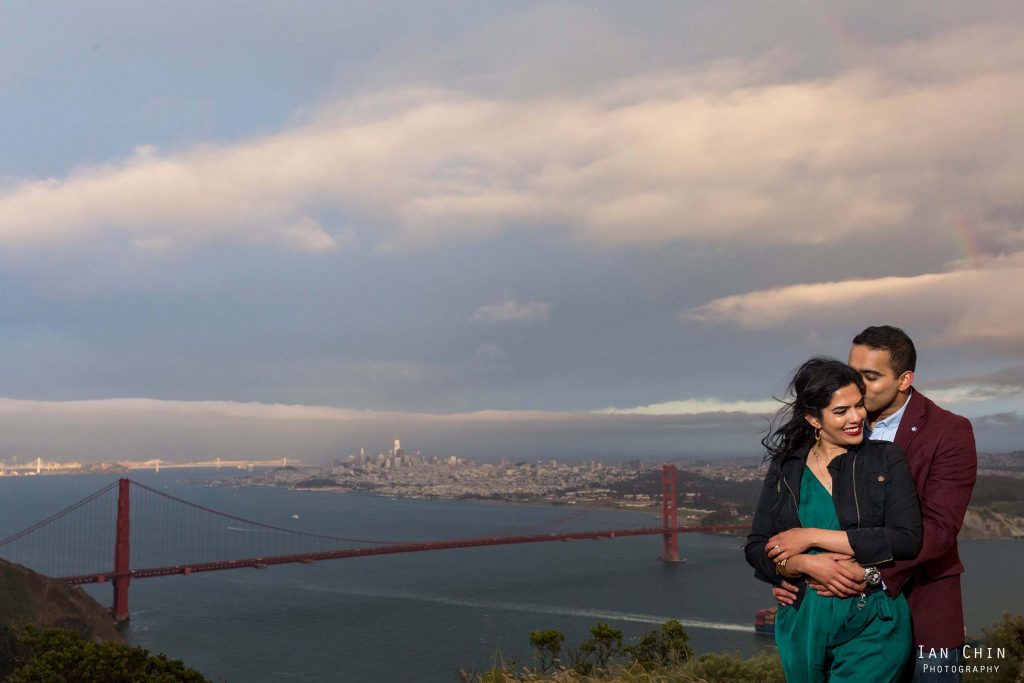