Irene and Rowland had their De Young Museum engagement photos to celebrate their 10 year wedding anniversary. In addition, they also shot at a nearby wooded area in Golden Gate Park, wanting a few places that were close to the Golden Gate Bridge since they were going to Rowland’s sister’s wedding right after in the North Bay! Irene found me via a Facebook post from a friend of hers I shot – Christine and Ryan’s maternity shoot. Knowing she was a friend, I knew I had to give them some killer images for such a special anniversary year. When given the option for location choice, Irene mentioned the De Young Museum because she liked the architecture and it was something different besides the standard Golden Gate Bridge or Palace of Fine Arts locations, which I loved. I grew up literally a 5 minute walk from here so it was great that it was so close and familiar – and was actually the first time I had photographed there!

At the Museum the Ed Hardy exhibit was on display, which provided some memorable cartoons/tattoo decals that allowed for some larger than life animal images. The architecture at the De Young Museum is a personal favorite of mine because of the geometric shapes of the buildings, which were super fun to play with. I am definitely attracted to shapes and patterns so I was overwhelmed with the possibilities the building offered in addition to the sunlight pattern during this midday shoot.

After taking more creative and fun portraits around the De Young Museum, we continued to my secret forest area for some classic photos highlighting the gorgeous natural setting. I particularly love this area because it is off the beaten path and thus allows the Couple to be more outgoing and not so self conscious about taking photos in front of other people. The natural light shining through at this hour allowed for some awesome back lighting of plants and allowed me experiment with some more creative takes with them. Finishing off at the nearby Rose Garden, it was nice to see similar colored roses matching Irene’s dress to cap off a fun afternoon with these two. Thank you for allowing me to commemorate your 10 year anniversary with these De Young engagement photos and perhaps I will see you at the 20 year photoshoot! 😀 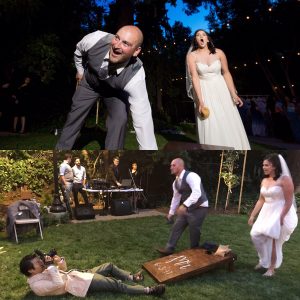 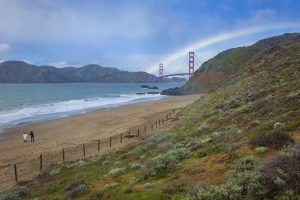 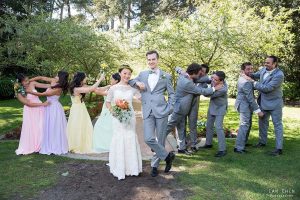