Eric and Sheyli held their China Beach engagement shoot in San Francisco, and had a unique take on the standard San Francisco beach photo shoot. Eric found this place online and loved its nice view of the Golden Gate Bridge. I met Eric at the Mill Valley Wedding Fair where I was hosting a booth and he dropped in his card and eventually won a free engagement shoot that I offered! They both live in the North Bay so I was a bit surprised that they chose San Francisco for their engagement shoot, but I suppose with they view they had at China Beach, I don’t blame them. It was my first time shooting at China Beach, which allowed me to photograph them with no expectations beforehand or pre-conceived shots in mind, which was really refreshing! This allowed me to approach it with a new set of eyes, and I happily played with my normal compositions but also experimented with separating the two and taking advantage of the vibrancy and shadows falling on the building.

Eric and Sheyli were awesome to photograph as they were caught up in the moment of the shoot, not paying attention to their wet pants and sandy shoes as they were dancing in the waves. We were treated to an equally awesome sunset and dusk, allowing me to see different shapes of the remaining architecture of this old fort. Thanks for introducing me to a new location to shoot in, Eric and Sheyli – it is always a welcome challenge to photograph in new environments and settings, and your joy and love made it that much more memorable! I look forward to another China Beach engagement shoot in the future. 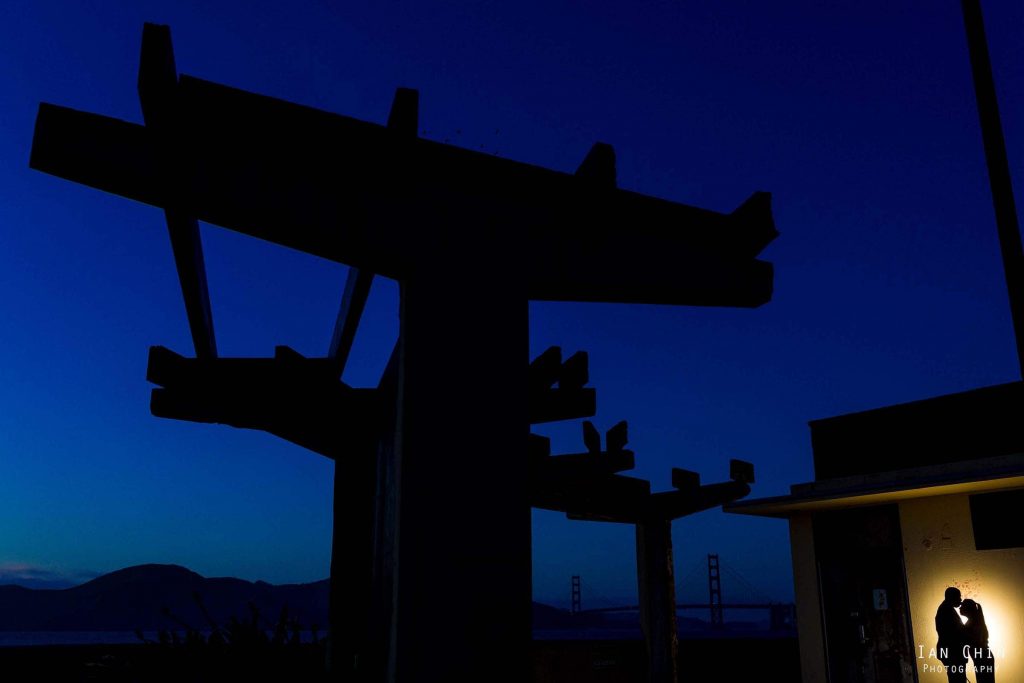 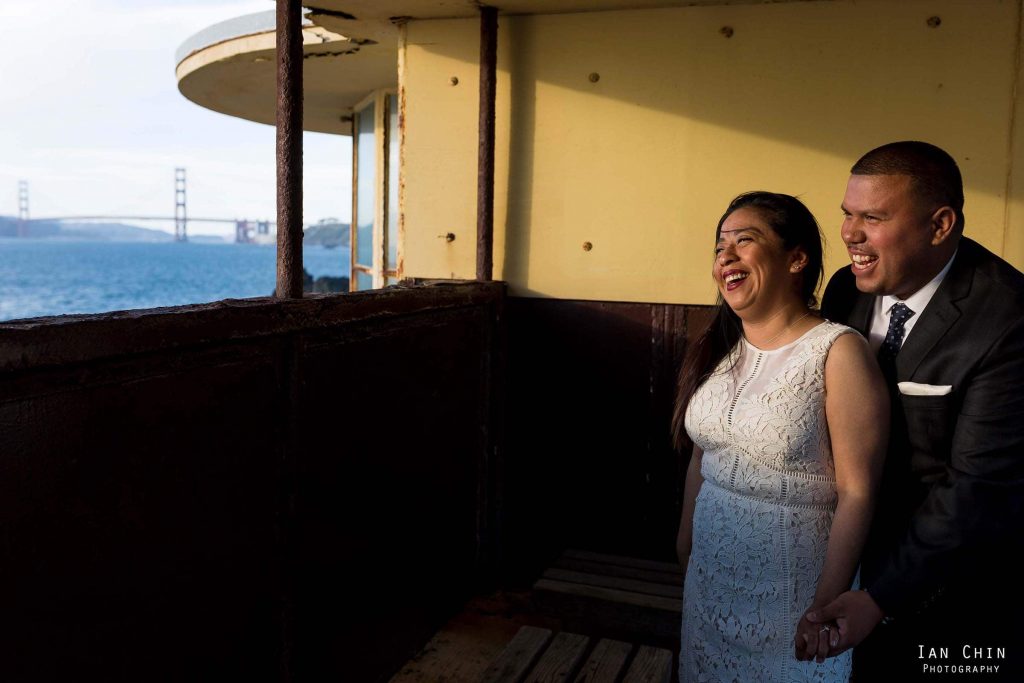 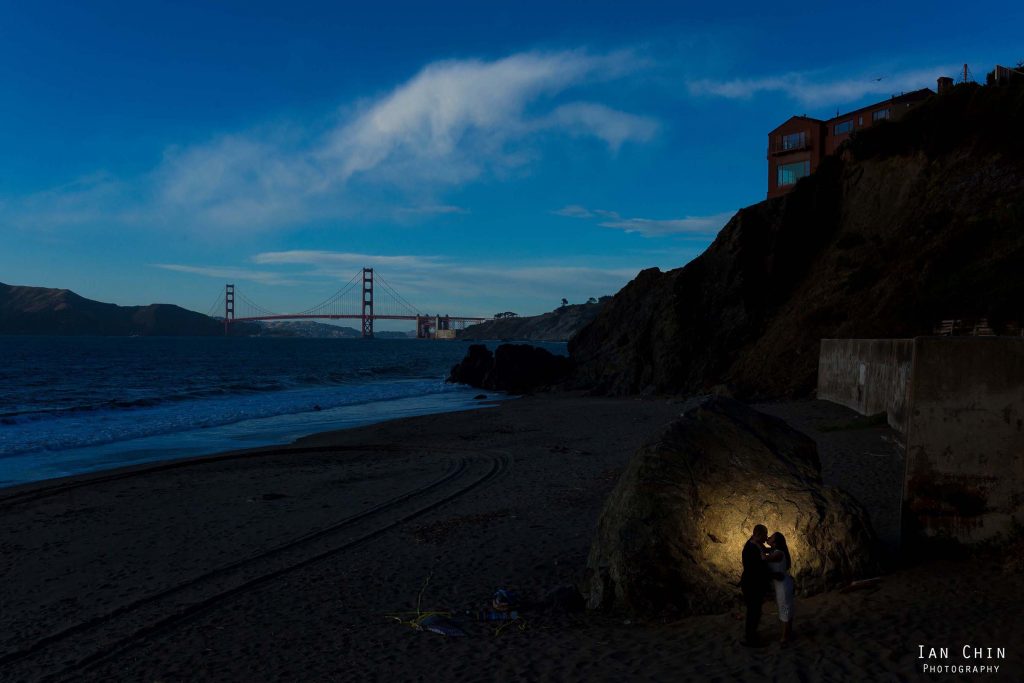 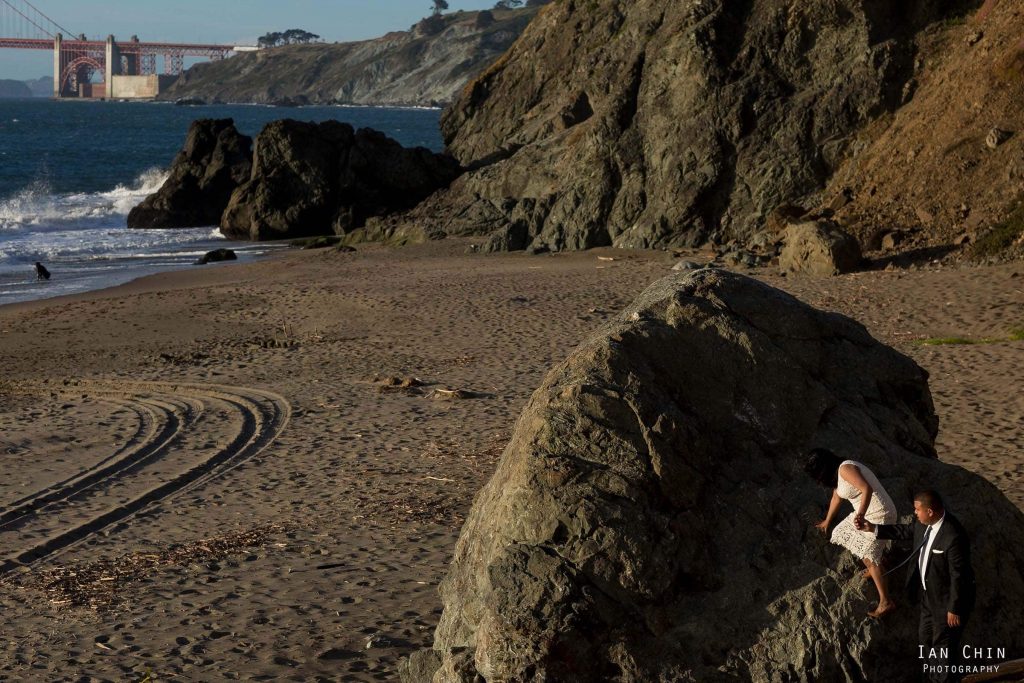 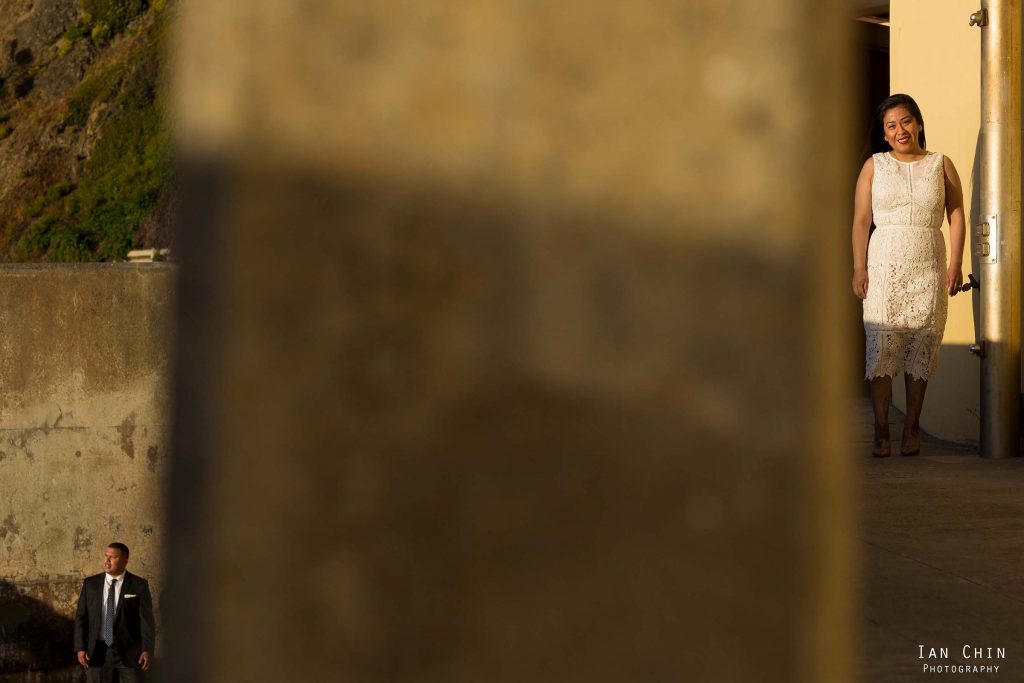 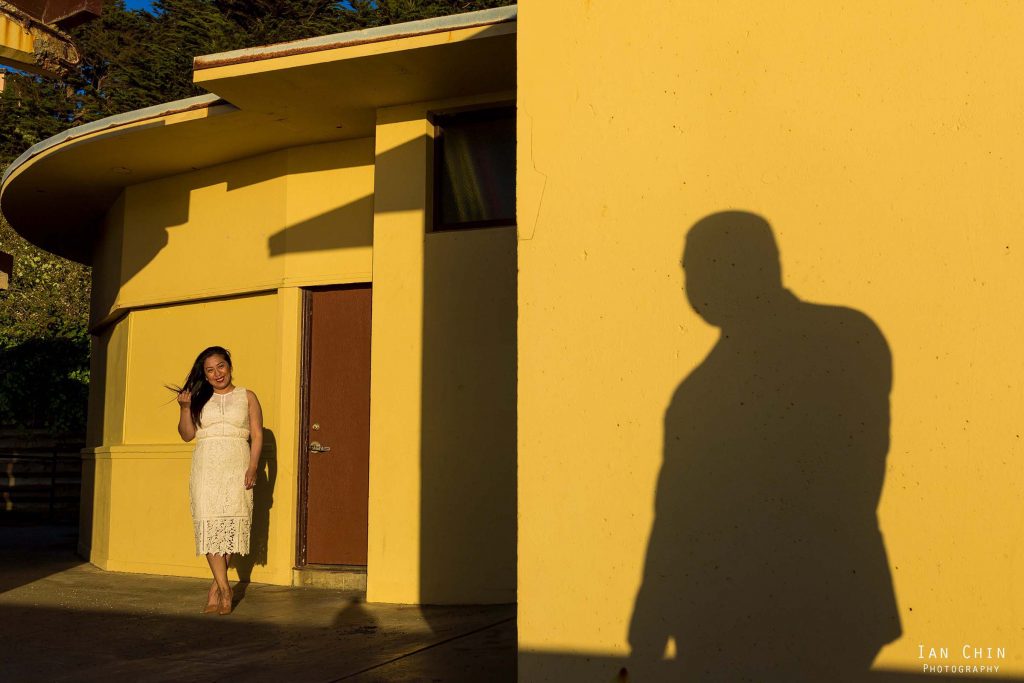 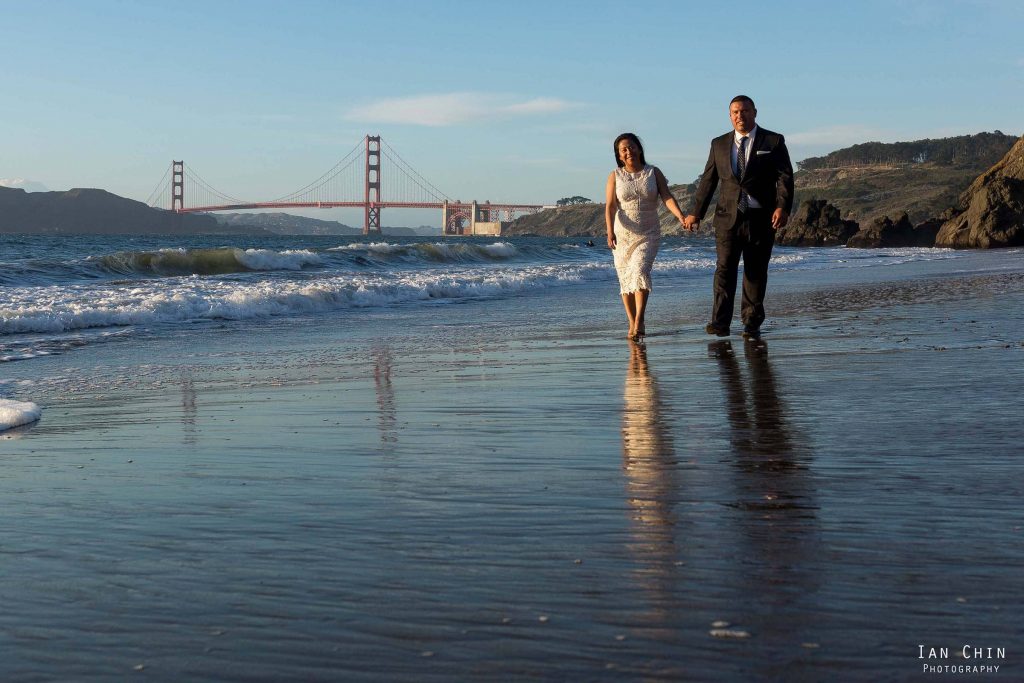 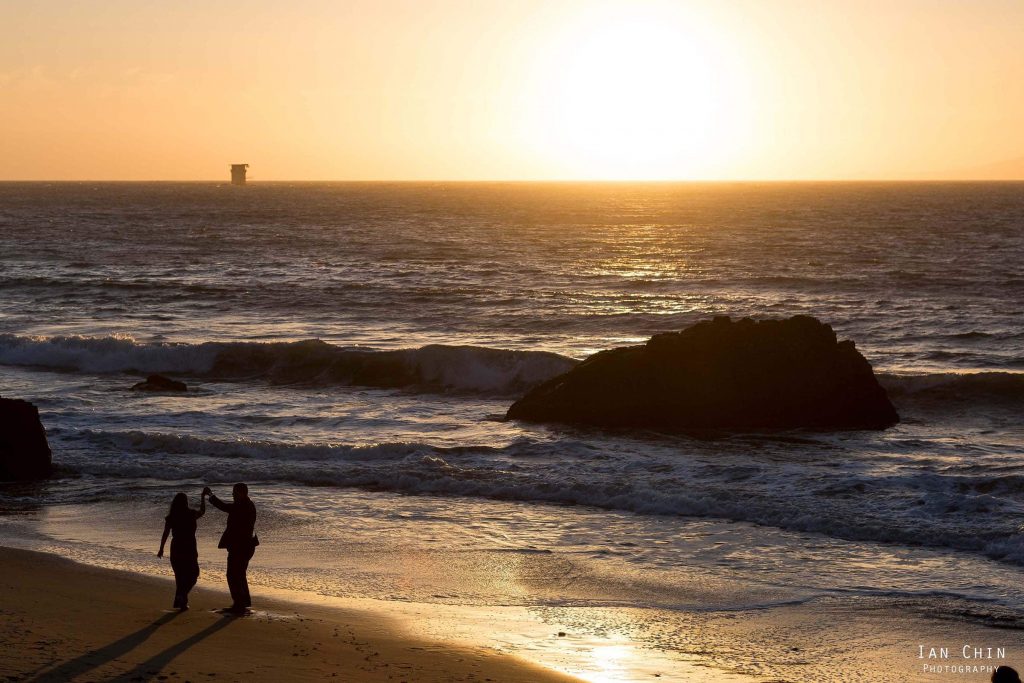 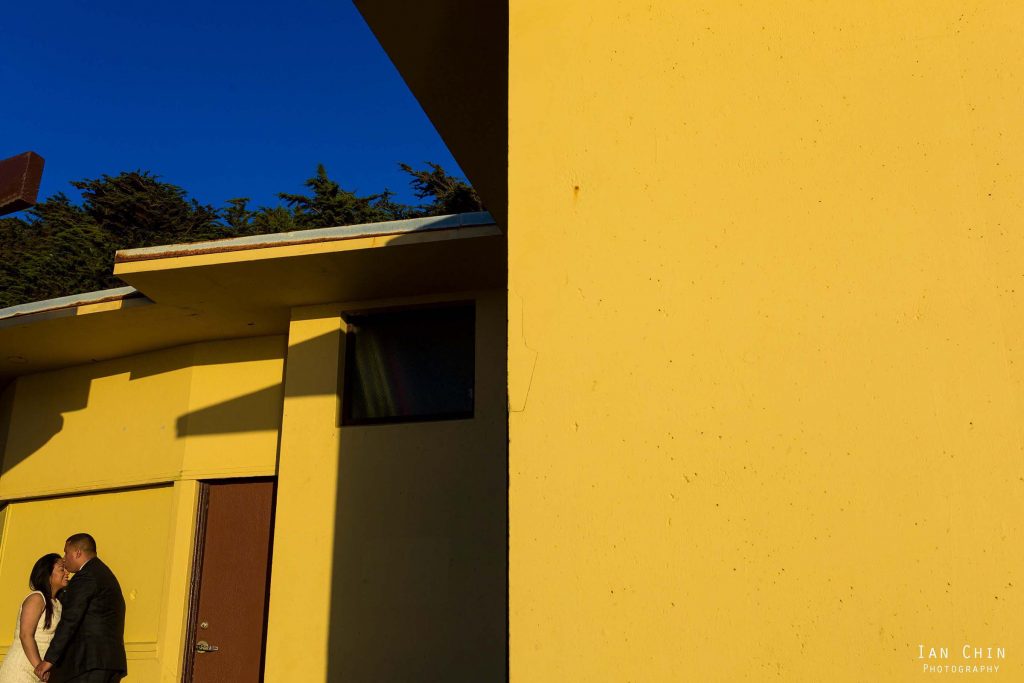