The newest member of the Ball Family arrived just in time for the Christmas holiday, and the entire clan wanted to do a Redwood City family shoot around downtown to give their family photos a more modern take (as well as be nearby).

I first met the new mom, Alina, as a guest while I photographed Aravinda and Nevin’s wedding a several years ago at the Falkirk Cultural Center. Fast forward a couple of years later and she contacted me to photograph her Hamilton themed baby shower, complete with a Hamilton trivia game which she and her equally competitive sister dominated 🙂

From the very first time I met her at the wedding, Alina was always seen with a huge smile on her face, and meeting her family for the first time you can tell where she got her positivity from. The Ball Family members are such warm and welcoming individuals and made me feel like I was one of them. A parent of three daughters, Alina’s father knew his family well and was amusingly the total opposite of them, absolutely hating having his photo taken. Despite vocalizing his displeasure consistently after the first 10 mins and group photo, he gladly gave in to his daughters’ requests to taking more and more photos. The girls knew it is not every day they see each other, since they live all over the country, and wanted to take full advantage of this precious family time.

Living in Redwood City, they knew Downtown had photogenic areas, drawing attention to the fountains in the plaza which served as an ideal backdrop for their photos, while also providing seats for them to more comfortably get into family group poses. Seeing as this family shoot was taken the day after Christmas, I felt it was only fitting that we include a festive “Happy Holidays” acknowledgment in their photos before the Dad eventually got fed up with taking photos and walked away to conclude the Redwood City Family shoot 🙂 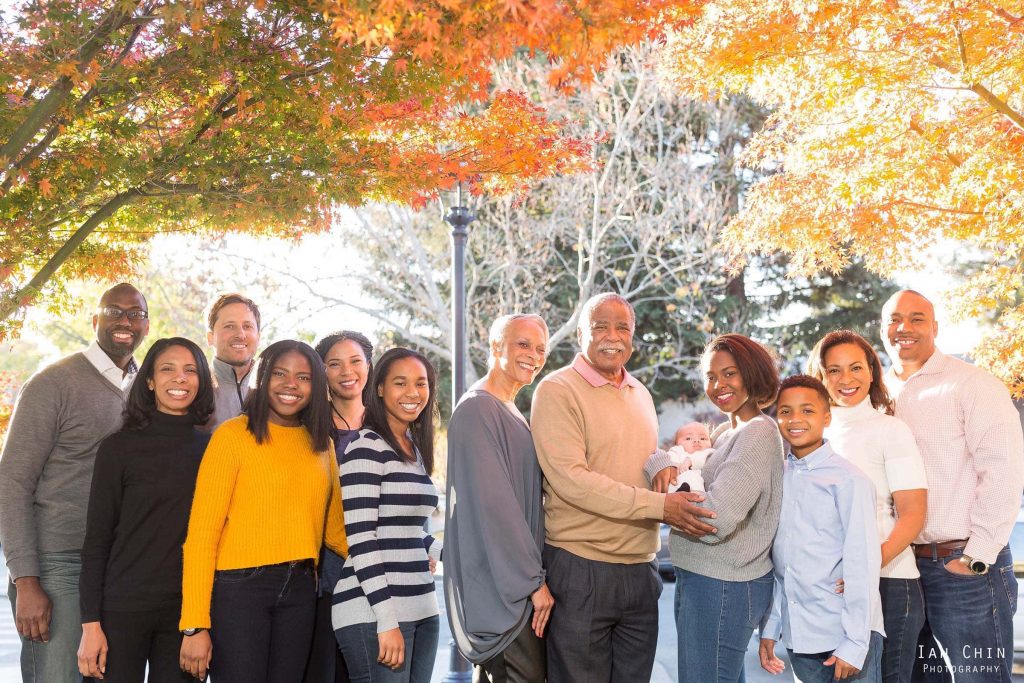 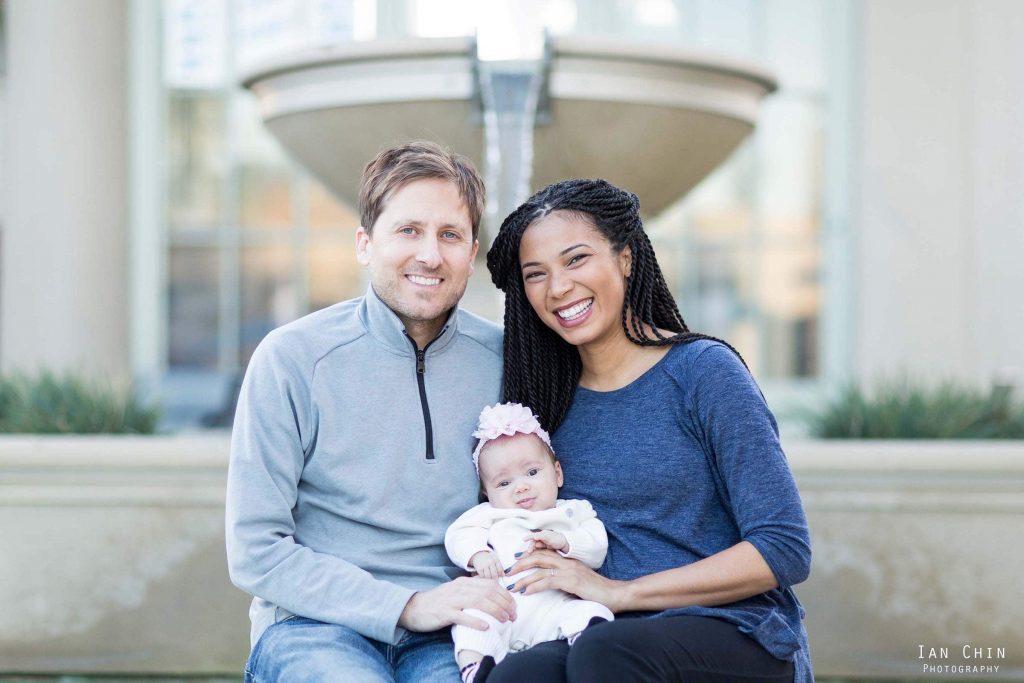 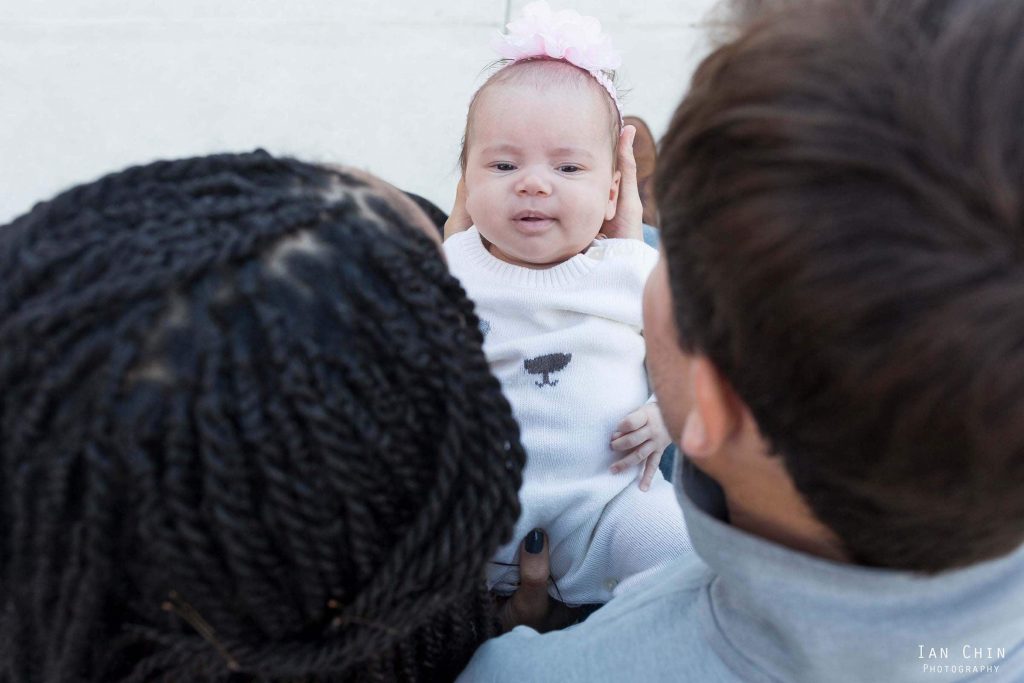 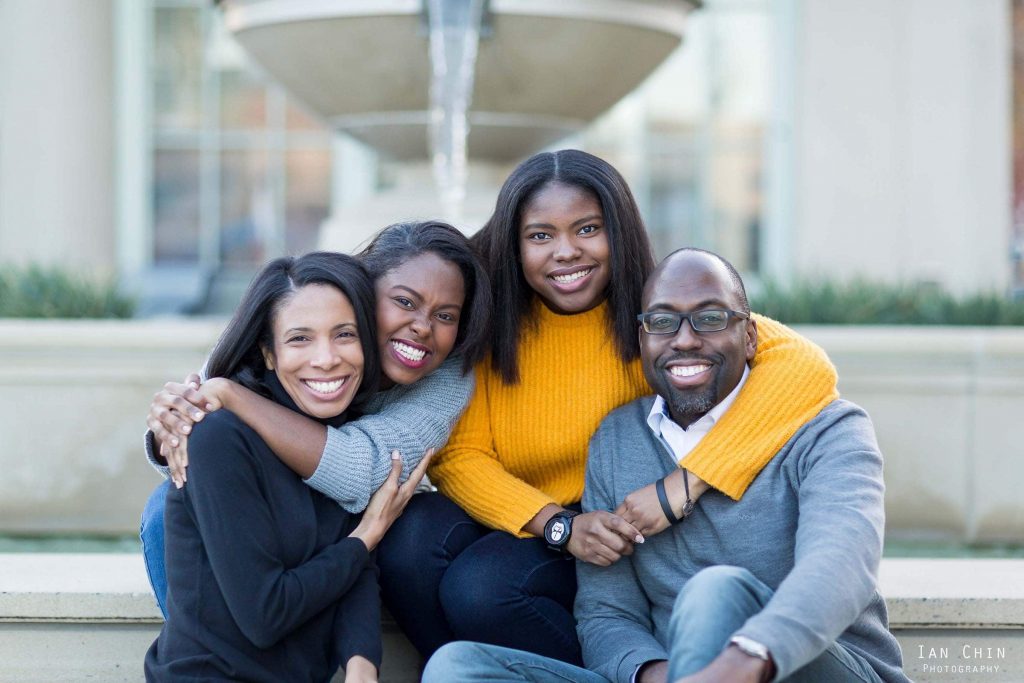 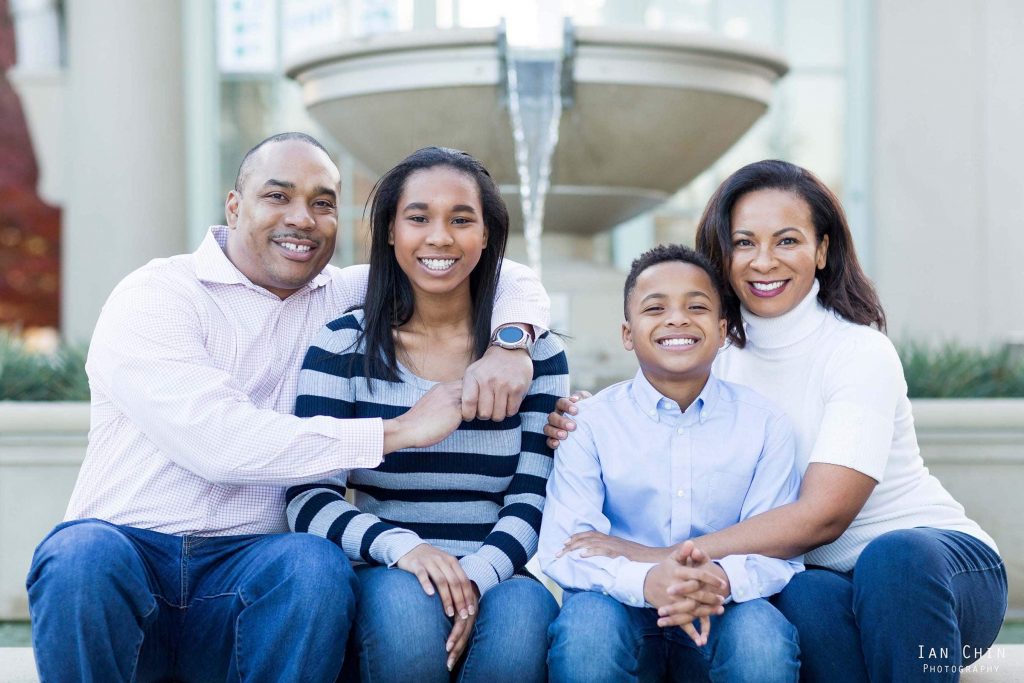 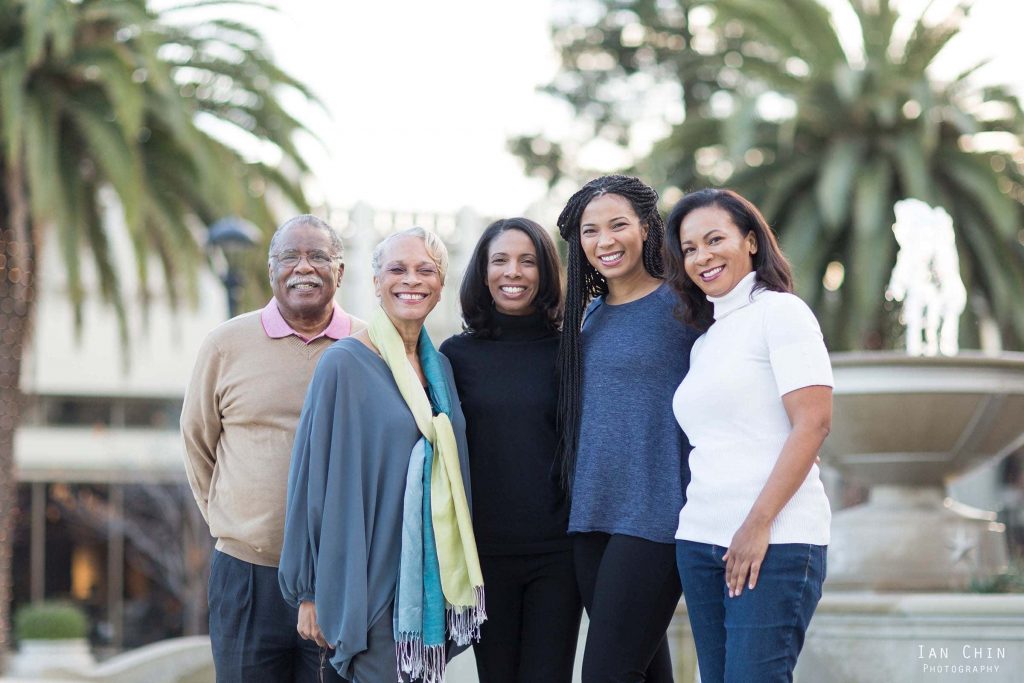 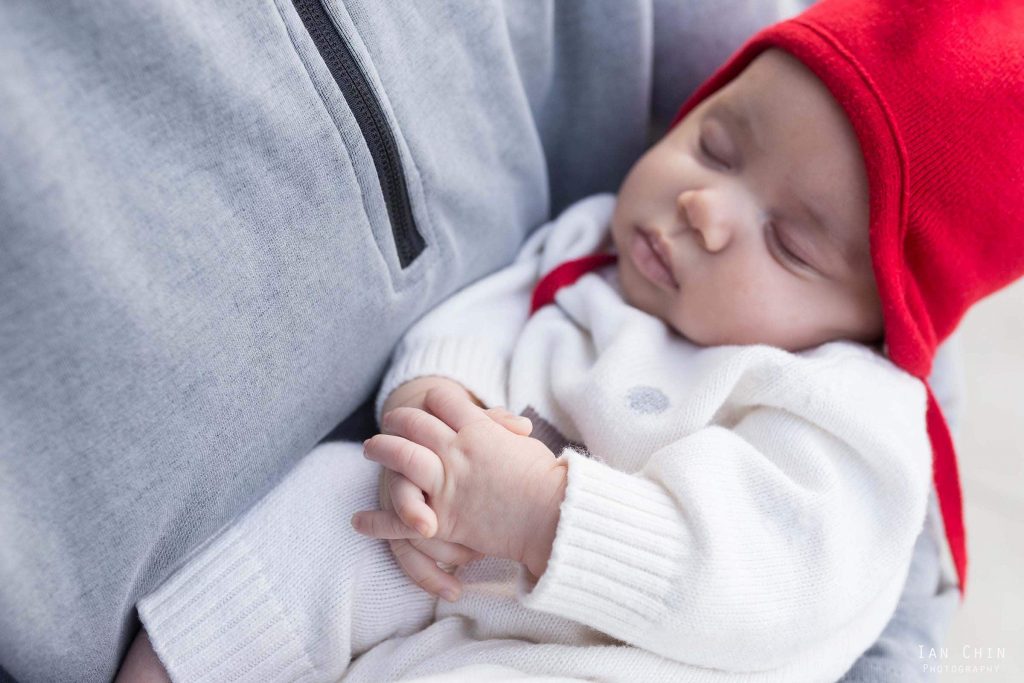 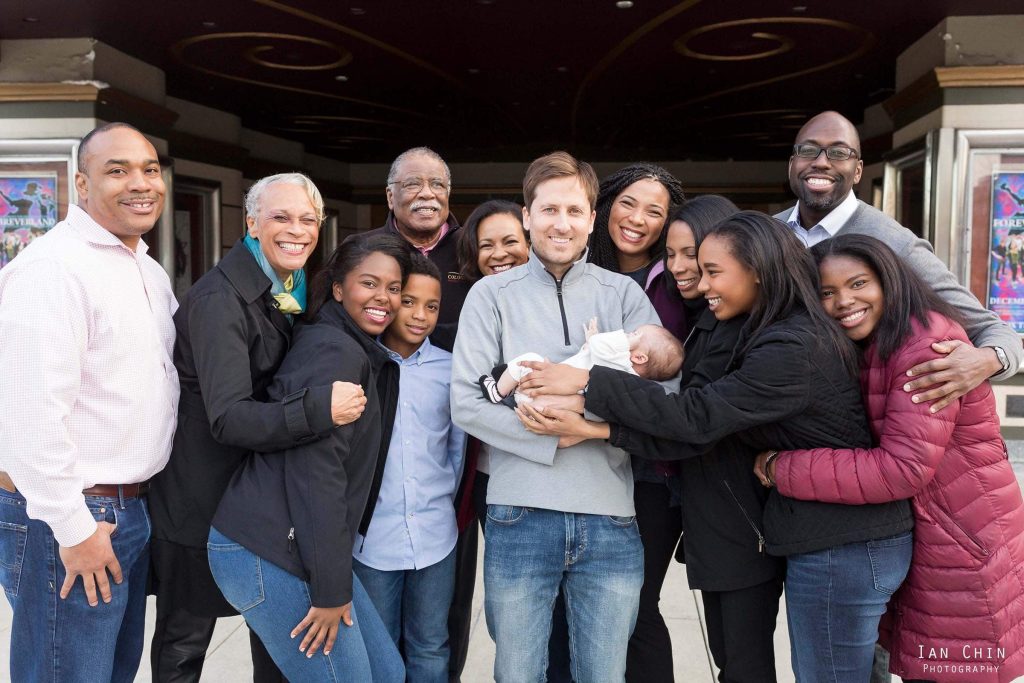 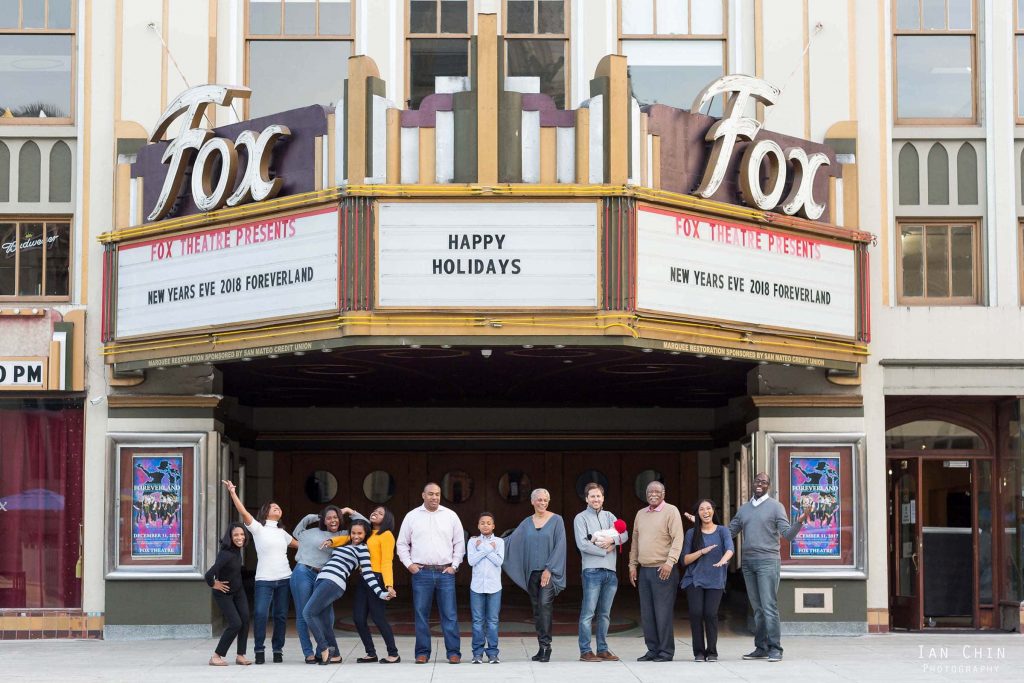